Less is more is a concept that is generally lacking in the field of engineering where the design philosophy seems often to make things more complex than they need to be.

I was reminded of this during a recent project for an oil refining client in the Middle East. It was the design of a piping system at the bottom of a column for transferring a stream through a series of heat exchangers into a downstream furnace. By well- established convention, the system would be designed for the highest possible flow rate and pressure drop of the system, with an allowance of an additional 30% of the total pressure drop for the control valve. This sets the pump (usually a centrifugal pump) differential pressure requirement.

If the pump was selected according to the commonly used API 610 standard, it would have to develop the differential pressure with an impeller diameter of 90% of maximum – to allow for possible future debottlenecking. The pump manufacturer would then offer the next frame size up in his range. All of this additional “up-sizing” would pile on the inefficiencies. END_OF_DOCUMENT_TOKEN_TO_BE_REPLACED

During a recent visit to a newly-built oil refinery in Asia, I was struck by the large quantity of data collected, which the operators and engineers were then asked to review. Unfortunately, they ended up with mountains of paper which actually didn’t tell them very much, let alone what they could do to boost the refinery’s performance, which evidently is the point of collecting all these data.

The refinery management had the same problem – Plenty of data but they have no idea what to do with it. END_OF_DOCUMENT_TOKEN_TO_BE_REPLACED

Note: Click here to get help to view stereogram

The drop in the price of crude oil has depressed margins to such an extent that oil and gas refiners have been forced to cancel, or at least put on hold, mega investment projects.

But it doesn’t have to be all doom and gloom. Instead of mega projects, which have a world-scale capacity and come with a high price tag of several billion dollars, refiners should refocus on “Smart” projects instead.

At a time when budgets are tight, refinery managements will find that “Smart” projects will deliver a high return for relatively low investment. They can also help refiners to take advantage of the excess capacity within the engineering, procurement and construction (EPC) fraternity, which had geared up to work on the mega projects.

END_OF_DOCUMENT_TOKEN_TO_BE_REPLACED

The news that Petrobras faces another lawsuit over its corruption scandal has put national oil companies (NOCs) under the spotlight, and not in a good way.

Of course this is an extreme example of what can go wrong when governments run major commercial enterprises. Corruption aside, the Brazilian Government, probably had the best of intentions when it introduced fuel controls as a subsidy for the Brazilian people. Unfortunately, this meant there was less money for refining, leading to missed production targets.

In a similar way, the legislation by which NOCs are bound is intended to protect countries’ interests. But there are disadvantages to this approach. In particular, the requirement for lump-sum bidding for major projects tends to create long schedules and therefore cost overruns, whereas international oil companies have a much more flexible system, enabling projects to be delivered quickly and more cost-effectively. END_OF_DOCUMENT_TOKEN_TO_BE_REPLACED

Despite the increasing awareness of the environmental damage caused by greenhouse gases and attempts to reduce emissions, CO2 levels are rising. With an ever growing population clamouring for more energy and other resources, it’s difficult to see how and when this trend will be reversed.

Renewables are widely seen as the ‘how’. But, unfortunately, the reality doesn’t live up to the hype. In particular, the lack of an efficient storage medium means that renewable sources such as solar and wind power are erratic and, therefore, unreliable. END_OF_DOCUMENT_TOKEN_TO_BE_REPLACED

With over capacity in the Middle East and Asia, the evolution of US shale oil and Russia planning to increase export production, the European refining industry is under threat from all sides.

As we know, this will inevitably lead to more facilities closing – it’s just a case of how many. Total revealed its estimates of cuts to European capacity of 10-15% which may not seem too drastic. But really the big question is: what is the rational stable capacity for European refining?

There is no easy answer to this but, as I see it, there are three ways of keeping more of the capacity:

But, it’s unlikely that these will halt the slide. On balance, there is a very strong possibility that refiners will reduce capacity at a significantly higher rate than Total’s 10-15%. END_OF_DOCUMENT_TOKEN_TO_BE_REPLACED 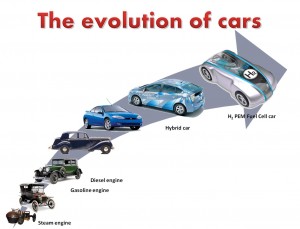 The news that Toyota plans to launch one of the first commercial hydrogen fuel cell cars in 2015 is significant for the oil refining industry.

Since cars evolved from steam to the internal combustion and then diesel engines, sparking the need for fossil fuels, oil refining has been heavily dependent on developments in the automotive sector.

When Henry Ford introduced the Ford model T, making cars affordable to most people, the demand for gasoline increased. As a result, refineries started to develop new technologies, such as the hydrocracker and the fluidised catalytic cracker (FCC), to produce more gasoline and diesel to meet this demand.

Traditionally the automotive industry was driven by fuel economy (miles per gallon and price per gallon), but now people have become more sensitive to the environmental impact driving cars. This has led to the development of natural gas vehicles (NGV), liquefied petroleum (LPG), electric and hybrid cars.

Now, Toyota is leading the next stage of the automotive evolution with the hydrogen fuel cell car. As the by-product of generating power is steam and heat, hydrogen is arguably a clean fuel, provided it is generated from renewable energies. In order to meet the short term demand, refineries may increase their hydrogen production capacity.

Keeping the aim of reducing carbon emissions in mind, hydrogen will need to be produced from a carbon-free source, such as electrolysis, using renewable or nuclear energy.

At the ERTC energy conference in May this year, Solomon Associates presented their latest Fuels Refinery Study. It showed that the annual energy expenditure at an average refinery in Europe and the Middle East was US$ 423 million – that’s nearly 60% of the total operating costs. In Asia/Pacific, the proportion of energy expenditure was even higher at nearly 70%.

This will come as no great surprise to the industry; for many years improving energy performance has been one of refiners’ most important targets for maximising margins. The challenge is now greater than ever, with the additional pressure to reduce emissions of all kinds.

There are many reasons for this range of performance. Asset utilization is a prime factor and we can infer that the current trend of capacity rationalisation should lead to improved energy performance, but which assets will survive? Will the Industry generate a virtuous cycle – energy inefficient assets shutting down leaving high utilisation for the energy efficient survivors?

At Palmer International we work with refiners to develop and implement action plans to secure the future of our clients’ refineries throughout the World. 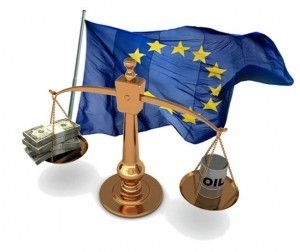 The refining business in Europe is in the doldrums. We’ve seen the closure of many assets and those that remain face an uncertain future.

Clearly, in the longer term, Europe needs a refining base – the question is, how big  – and the industry needs to act more creatively and be able to adapt to the changing needs of the market. Since the demand for diesel is higher than for gasoline, one small but simple step is for European refineries to rebalance supply and demand by making more diesel and less gasoline.

The EU has already begun to support this by reducing the flashpoint for diesel from over 60 °C to 55°C. But it could be reduced to as low as 35 °C, as it is in many other countries, such as India. It’s a simple solution, it works and there are no safety issues.

However, it was anticipated that much of the diesel would be supplied by countries including the Middle East, the US and Russia. But, because of the current situation in Russia, that diesel may not be forthcoming.

How European refining can find its place in a rapidly transforming global market will be the focus of the 8th Annual European Refining Summit in Brussels on September 23-24. I will be chairing day two of the event and I am looking forward to meeting the key figures in the industry and discussing the way forward.